In the last days, God will raise up Kingdom men--in fact, God is already in the process of raising up genuine Kingdom people in the nooks and crannies of the earth. What is a Kingdom man? Well, he looks somewhat like this: 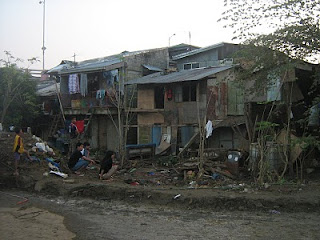 Somewhere in the slums, a man is being raised up by heaven. All heaven is busy and excited about this particular man and his particular surroundings--and this man is given an open heaven and angels descend and ascend there. The man starts quietly talking about God's kingdom. But he's not really a pastor.

He shines shoes and repairs them for a living. He smells terrible because he walks the streets daily under a hot, blazing sun, and his sweat sticks all day long to his body, mixed with all the dusts and pollution he encounters each day. He looks dirty and rough and unsuitable for even middle class standards. He lives in a tattered, roughly improvised dwelling. He is a nobody and is unknown in church circles. Like Jesus and some apostles, he is unlearned. 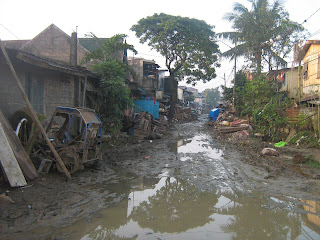 So, he talks about God's Kingdom--but a Kingdom totally strange even for born again Christians and other religious biblicals who sometimes go to his short, quiet talks out of curiosity. They're fascinated (or disenchanted?) by his weird ideas of God and his Kingdom--God's glorious church and will--and they often end up shaking their heads in disagreement--sometimes even disgust.

Yet, curiously, they somehow find the Word powerfully and genuinely made flesh in his holy, simple life--something they and their church leaders have never seen.

Then the sick are made well supernaturally. "What is a Kingdom man?" he asks them. "A Kingdom man is one who does exactly what the Master did." He says it almost in a whisper, while touching the ears of a deaf person and murmuring strange words afterwards. "Nothing more, nothing less," he adds shortly, talking to no one in particular. Periodically, those who go to his radical Word and healing sessions report seeing angels suddenly appearing in his house. Sometimes, they see angels sitting on his roof. Sometimes, they catch a glimpse of angels gliding by. Word on this spreads around. The sick and demon-possessed are healed! Angels appear! The Kingdom man is sometimes even seen talking with Moses and Elijah in his kitchen!


There are no promotions or advertisements of any kind on radio or TV--like what one would see with concerts or conferences made by man's churches and denominations. People just flock and crowd round the man's little shanty house. Soon, posh cars and vans park in front of his house, and people line up almost a mile long just to have an audience with him. This Kingdom man teaches his disciples in his home as multitudes gather outside in hopes of catching a word or two or chancing on some miracles. 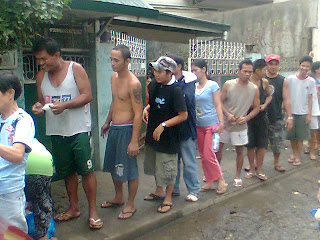 He pays no attention about who they are--it was on a first-come-first-serve basis. Even mayors, governors, senators, business tycoons, and industrialists have to line up to be prayed for or healed. One touch from him and pains and diseases flee--like how Jesus did it--or how David's harp soothed King Saul's anguish.

Nobody was invited. No one was followed up. They all have to pursue hard after the Kingdom man--just like how people pursued after Jesus.

In his healing sessions, he often casually talks about Jesus, his Master. Everything is casual and informal. Everything kind of just happens. Oh, how the wicked and the rich and the corrupt and church people get seared by his fiery words and comments--gently said, not bombastic, yet burning nonetheless--and how most church people and leaders hate him for it. He doesn't care one bit who gets hit with what he says. He declares truth without compromise. Many say he's too judgmental and has an air of holier-than-thou attitude about him. But he doesn't care what people think. 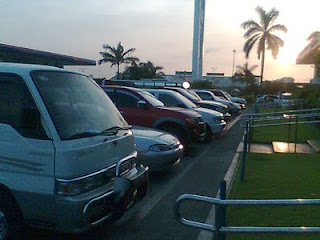 It's funny how you can see people from all walks of life--government officials, rich people, palace people, people of the slums, showbiz people and their fans, religious and church leaders, news teams, vendors, etc., all lining up under the heat of the sun in the grimy and smelly place where he lives. They have different motives--some are hungering for more, some asking for blessings, while others needing miracles, or watching for an opportunity to "expose" the man's supposed scams.

Somebody suggests now and then about a change of venue--somewhere comfy and classy (someone is willing to sponsor all expenses if the man agrees to have the sessions in a posh hotel or have a shrine or church built for the man's ministry) but this Kingdom man merely ignores everything. Then says matter-of-factly, "If you don't like it here, fine. The door is wide open. You may go look for another."

This Kingdom man is not rich, but neither is he poor. He NEVER begs, unlike churches and denominations that often ask for donations and solicitations (sometimes scandalously). They lure people to pledge amounts. But not him. He lives an extremely and radically simple life, yet feeds the hungry--often thousands of them--without help from "sponsors" who will later try to manipulate him. He says, "All things are yours--you can have everything--if you possess nothing."

Many people come to see him daily, but very few dare become his disciples. Gradually, this shoe-repair man builds a ministry. He doesn't go house to house to invite people to his bible studies or prayer meetings. He has none of that. He never tries to attract people to come to him. Everything just happens. It is all God doing the work through him. He is genuinely led by the Spirit. People come to him each day to listen and get healed, even while he often lambasts them about their rotting spiritual condition and hypocrisy--especially the religious leaders.

It is obvious, however, that he talks more gently to the marginalized--especially to the poor and the genuinely repentant. Now and then, a soul decides to give up everything and follow Jesus through him, and then pursues hard to be his disciple. He always urges them to continue in the faith but never pursues after them.

Then he gets invited to speak in a crusade in a huge venue--a basketball stadium seating 50,000 people. He tells them to wait. After a month, he agrees. The stadium is full packed--not to mention the people outside and those in the streets around the stadium. Media people and the police estimate a million people. Everything is ready--except that the man of God is still nowhere in sight.

Two minutes before the program starts, the Kingdom man arrives with his disciples. They commuted from his place--took a tricycle and jeepney and walked to the stadium. He wears a plain, old white shirt and maong jeans. He is handed the program, but smiles and ignores it. He goes straight to the mic--even before opening prayer or worship begins--and starts ministering. He goes to the crowd and touches the sick (while murmuring prayers and ordering spirits firmly), as he speaks casually about Jesus. His Master. He worships as he speaks and ministers.

After he finishes, he simply thanks the Father (people swear they heard thunder), and goes home, commuting, mixing with ordinary commuters and pedestrians. Some say angels appeared on sidewalks where he walked or in public vehicles he rode in.

What is a Kingdom man? A Kingdom man is somewhat like the above--probably weirder. Very much like my Jesus. God will raise up men and women and ministries like the above in the last days--nobodies who simply love Jesus. Nobodies who have nothing except Jesus and work solely for the Kingdom.