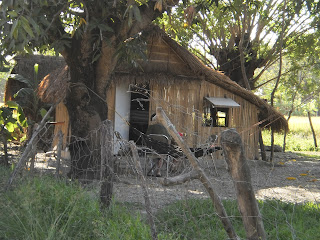 The meek will inherit the earth. This is the third teaching of my Jesus in the Beatitudes. Some versions render it gentle and humble in spirit.

Most people have this idea that being meek means docility (easily controlled or managed), extreme tolerance, and being very nice to people. Nothing short of slavery. If you're meek then they should be able to easily enslave you and order you around. Strangely, this was not how my Jesus was. He was, of all people, impossible to control or manage. Not even Herod or the Roman Empire was able to do that. And definitely, he was never Mr Nice Guy.

What then is being meek?

Jesus gave us a hint what Kingdom meekness was when he gave the Sermon on the Mount, talking about being poor in spirit, mourning, being desperate for righteousness, being merciful, etc. But then, talking about being merciful and peace makers, Jesus lambasted religious leaders of his time without mercy, calling them fools, hypocrites, white-washed tombs, and hinted at their being fakes and someday being pulled up like weeds by the Father. He broke the Sabbath several times (that's hungering and thirsting for righteousness?).

How could all that be acts of meekness and mercy? And surely, that's not going to end up in peace. How was he a peace-maker then when all Jerusalem, especially the government and the religious leaders, were disturbed and the people were divided because of his teachings?

We understand the word "humble" as someone who is often bowing or looking at the ground and talks softly and gently, careful to offend no one. That's why I see a lot of pastors trying to act humble by making sure their Sunday messages are tame and inoffensive--and then they let out a practiced and omnipresent smile on their face.

My Jesus was never like that. He offended people, and almost intentionally--if not intentionally intentionally. There was always high authority in his words, something easily mistaken to be pride or haughtiness, and he never apologized for anything he said or did. Have you read anywhere in Scriptures about him saying, "Oops! Sorry, I didn't mean to hurt you guys!"? Or, "Oh, I'm sorry for healing this guy on a Sabbath, but I didn't mean to offend your religion..."

He intentionally offended people and their religion. That's poor in spirit? That's meek? Was Jesus not practicing what he was preaching?

My Jesus was shocking everyone, especially the religious leaders and teachers who believed God gave them the license to secure their church denomination with their sound theologies, and also shocked even his close-in disciples, with his life and teaching. And the extreme shock was intentional. He wanted to turn the world upside down because the world had been getting it all wrong--especially God's own chosen people.

With the extreme shock, Jesus was building God's Kingdom on earth. He didn't build it by planting churches everywhere and putting up church structures and buildings the way church denominations do it today. He was setting it up by his radical, extreme, and shocking LIFE and teachings. He was uprooting, tearing down, destroying, and overthrowing before he was to build and plant [Jer.1.10].

"You heard them say a tooth for a tooth...but now I tell you, love your enemies."

"Stay away from the yeast of the Pharisees..."

The lost chosen people of God (lost because of the Pharisees' bible-based theologies) couldn't pinpoint anymore what was right and wrong. To them, the meek were those who were easily manipulated by abusers without raising any objection. God had to bring back truth into them by defining words and terms in Kingdom vocabulary.

Do not consult men's dictionaries or denominational doctrines. Well, it's not a sin to do so, but you will end up lost as the Israelites were lost being stuffed in the head with nothing but Pharisaical garbage.

Look at the word "meek" for instance. One dictionary says it is "submissive in disposition." Another says it's "deficient in spirit and courage." All that point to one thing--slavery. To be meek then, you need to be submissive because you're afraid to go against something.

My Jesus was anything but that!

He was that kind of a meek person only to the Father.

If we watch how Jesus was meek, we see these points:
Kingdom meekness is meekness to the image of God in men. If the image of the holy and righteous God is seen in a person, that person ought to be rendered Kingdom meekness. In other words, in the Kingdom of God, meekness attracts meekness. Meekness is only given to the meek. And only the meek can give it away to another meek.

Jesus' extremely shocking life--the way he challenged and confronted the religious leaders and the wicked and the way he "broke" the Law--was Kingdom sourced. It did not come from a worldly heart. So don't imitate my Jesus--being insubmissive in your church and pastor and challenging everything and making trouble, shouting "you fools, hypocrites, brood of vipers," if your heart is not sourced from God's Kingdom.

Jesus did the above because he had the Father's own heart. And the Father wanted to establish his Kingdom on earth. Jesus was fully committed to that and even sacrificed a lot, giving up his Kingdom and forgetting about his deity for a while to take the form of a servant, a man--a poor man at that, without possessions, without even a house of his own.