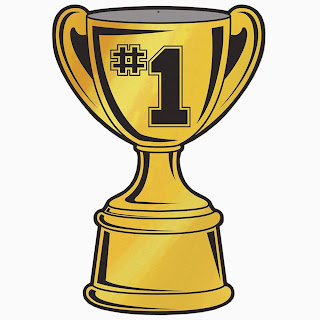 The Greatest Shall be the Least

Naaman was like that. He was a great Aramean general who was pampered by great accompishment and special attention. I can imagine how he must have loved being greeted in public as the Pharisees were in Jesus' time. But Naaman was up for God's promotion so he needed to be humbled. The greatest shall be the least of all. So God allowed him to contract leprosy. In the eyes of the blind world that was bad news--but to God it was a precursor of true Kingdom greatness.

An Israelite servant girl of Naaman's wife mentioned God's prophet in Israel who could heal. Naaman was interested so he went with written recommendation from Aram's king. Odd how Aram's king would send off his general to Israel--Aram's mortal enemy--to be healed. It's like Osama Bin Laden sending his toughest fighter to Israel or the US to be given medical attention. Well, God does whatever he wants.

Actually, God was preparing Israel's king for promotion, too, but King Joram had a negative attitude about it all. Instead of having faith, he protested, saying, "Am I God?"--pretty much how churches and pastors today would also react to performing signs and wonders. They theologize how only God can do such powerful wonders and just settle for medical missions and artificial feeding programs. Actually, if they only believe and try God's supernatural ways, they're also up for true Kingdom promotion. But they'd rather mock wonders like that and take man's ways and capabilities seriously as the king of Israel did here.

Be a Nothing--Do Something Insignificant. Then You Get Promoted!

But God's formula for promotion is making the greatest the least. That kills the ego so that not even pastors like the idea. That's why no one can give up his or her denomination, not knowing the real promotion they forfeit themselves of.

And genuine promotion in God's Kingdom means doing something insignificant in the eyes of the world--which is another painful ego killer. Everybody in church wants to do great things, do glamorous stage-oriented performance, and be recognized for it. They all want to be seen on stage and be applauded. These things are all garbage to God but everyone is dying for it in the world. Naaman was like that. He wanted fame and prove he was the greatest, not knowing that it was all garbage.

No wonder he was raving mad when all Elisha the prophet did was to tell him to dip 7 times in the Jordan--and Elisha didn't even go out to him to say that personally. Naaman was hoping something dramatic and great, like Elisha waving his hand over him and healing him at an instant--something fit only for a man of greatness like him. But no, Elisha told him to do something insignificant.

So Naaman walked out like a spoiled kid, just like church people today would walk out from something they consider less worthy of them, like attending or pastoring a small insignificant church. They all want big churches.

But an aide told Naaman: if the prophet of God were to tel him to do something great, wouldn't he have done it? What more something that would surely trigger his healing? You see that? Naaman always wanted to do nothing less than what would give him greatness. But greatness in this world actually brought demotion in God's Kingdom. If you seek greatness in the world, even in the worldly "born again" church of men,you reap only the wind--worse, you reap only trash. Many church people hunger for recognition and trophies in their churches. Those bring you nothing but garbage and demotion in spirit.

Naaman, getting wiser and smarter in spirit, saw Elisha's wisdom. He obeyed. He soaked 7 times in the waters of insignificance. Can you do that today, especially you who have earned a name and fame like Naaman did? I bet you can't. It woud hurt your ego. But if you can (by God's grace and mercy), you should dip 7 times in insignificance, something the world considers stupid and a laughing matter, probably even cultic and heretic. Church people won't be able to understand this, especially those who have accomplished artificial greatness therein.

After soaking in the deep waters of leastness, Naaman's skin became as smooth and new as a young boy's. Can you imagine that? Many walk out from God's formula of insignificance with pride, not realizing they walk out with worse leprosy in spirit. Naaman, by God's grace, walked out of the water not just healed but truly saved.

True greatness is only through the Jesus cross. True promotion in the Kingdom means a time of insignificance while dipping 7 times in the Blood of the Lamb for cleansing for purity.

In the end, who got the highest glory? It was the servant girl, who did Naaman a favor by telling him the good news and yet was after no reward. Nothing was said about her being rewarded or made great. Her story was muted after her dialogue about the prophet in Israel, but that insignificance made her truly great in God's eyes. Such Kingdom promotion is certain, for God said the least would become the greatest.
By Gaerlan CS - February 18, 2013