"Looking Good On the Outside" Ministry 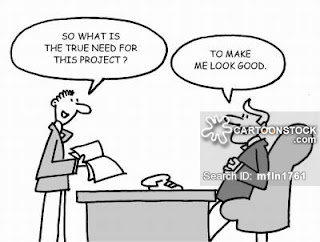 Because most churches today are merely concerned of external aesthetics (how beautiful everything in church looks), they belong to what I call the LoGOTO ministry. Nice building, program, income, membership, music, activities, ministries. Nice all, as far as the physical eyes can see.

King Saul was concerned about looking good on the outside (LoGOTO). Though he understood the principle of seeking the Lord's favor first before doing anything [1 Samuel 13.12] to win big battles, he did it the wrong way. He felt compelled to do it himself instead of letting Samuel do it. It's important to seek the Lord's favor to win battles, not seek blessings. Many churches just seek blessings but lose spiritual battles.

However, there is a Kingdom protocol for getting God's favor. First, worship must be done God's way. That time, the requirement was that only a priest could offer burnt offerings. Saul was not a priest so he should've let Samuel, priest and prophet of God, do it.

People worship anyway they want today and they get "blessed." It's because God makes the sun shine on both the good and the evil. So, getting "blessed" is really nothing special. Even crooks and criminals get "blessed" by God. But if you want God's favor, you have to worship correctly---in Spirit and in truth. For such worshipers are "what the Father seeks."

To seek is to intently look for. When the Father seeks or intently looks for something, he intends to favor it. God is intently looking for those who seriously want his favor.

If you want favor, lively worship, nice worship songs or non-stop worship per se will not help you. You have to worship in Spirit and in truth. And you have to often do this in secret, not on stage. On-stage showoff worship produces nothing in the Spirit realms.

And when you pray, do not be like the hypocrites, for they love to pray standing in the synagogues and on the street corners to be seen by others. Truly I tell you, they have received their reward in full. But when you pray, go into your room, close the door and pray to your Father, who is unseen. Then your Father, who sees what is done in secret, will reward you. [Matthew 6]

Praying and worshiping operate on similar Kingdom principles. If you do them more in secret, and in Spirit and in truth, notice how it says here that the Father "will reward you." It doesn't say "will bless you" but REWARD YOU. That's the Lord's favor.

Saul was just after looking good on the outside---specifically, he wanted to look good to his men so they wouldn't run away and abandon him. He said, "I saw the men scattering." That scared him so much. Then after Samuel rebuked him, he "counted the men who were with him" instead of repenting.

For a really radical church revival in the Spirit realms, click here!

Many churches do beautiful worships to impress people so that they won't go to other churches anymore. Their worship's aim is to attract people---to keep people inside their church buildings and up their membership. That may lead to blessings (more income) but not the Lord's favor.

In order to protect his image and position, Saul hid in caves and holes in the ground. A lot of pastors do this today to protect their titles and degrees and denomination. They hide the truth and whatever is going wrong in their denominations. They just show you their good sides, if any.

But Jonathan, son of King Saul, was different. He defied his father, who was also king of Israel. It's not God's will to defy fathers and kings, but when Jonathan did so, he led Israel to defeat the Philistines. When a leader, though anointed, disobeys God, the Lord will raise up someone who will prove him wrong. Though later, he will also suffer for it because he defied submission to authority. God wants us to submit to the governing authority. King David would later say, "Touch not the Lord's anointed." He said this about King Saul.

"My father has made trouble for the country."

That said a lot about father and son relationship. And that said a lot about Jonathan's character. He was so impulsive. He was outspoken and unbiased. To him, right was right and wrong was wrong, no matter who was involved, even if it meant criticizing his father or the king. He wasn't concerned about looking good on the outside. However, he had some rebellious tendencies.

But we'd later see Jonathan dying with his father in battle. He never left his father (and the king) even in the face of death. Jonathan was loyal and principled. As a reward (for siding with righteousness even if it meant opposing his father, but at the same time being loyal to his father and king), his paralyzed son, Mephibosheth, was spared by God from death and ended up being cuddled by King David.

Jonathan was very different from his father.

So Saul later wanted Jonathan dead because of his defiance of his oath. But the men fiercely opposed him. They didn't want Jonathan dead. Though king, Saul had no choice but to succumb to his men's wishes. That's what happens when you disobey God and do not repent---you become a man pleaser. You become subject to men's will. Thus, a lot of pastors are just slaves of their congregations. They know what God wants them to do but can't do it because the congregation does not approve of it.

The worst picture comes in the next chapter---King Saul defies God's Word to the extreme in favor of, again, looking good on the outside. God told him to kill all the Amalekites---men, women and children (children? Can you imagine that?). Plus all the animals.

But Saul spared the life of the Amalekite king and the "best" of the cattle and sheep "to sacrifice to the Lord your God," he told Samuel. He disobeyed God to make his worship service look good, and he even used God's Name to do it. A lot of churches do this today. They aim to do the "best" worship for God but never worship him in Spirit and in truth.

Saul really felt accomplished about doing God's will that he even built a monument for himself. A lot of churches and church ministries today are nothing but monuments of the pride and self-conceitedness of the ministers and their denomination as a whole. Blind people will marvel at it and "praise GOD" (as Saul did in 1 Samuel 15.13), but not spiritually sharp servants of God like Samuel. They know what is right and wrong and are not affected by what the physical eyes see.

It's amazing how people like King Saul are disposed to cruelly destroy "everything that was despised and weak" and spare what they think is "the best," based on their carnal standards. Even today, there are churches who have this outlook. If you have no money, they despise and treat you like garbage. Look at how they see small and poor churches. They think that such churches are not blessed by God because to them how much money you have determines whether God likes you or not.

I just wonder---have they seen how Jesus looked like in the Gospel? Did he look like he was big and rich and moneyed? Jesus was (and is) rich, yet for our sake became "poor." He shunned riches, money and worldly power because he knew that they didn't mean anything. He was not after looking good on the outside. He knew so well that in God's Kingdom, real power was in being the least---the least was the greatest in God's eyes and the greatest the least.

Thus, Jesus declared that the rich things of the Spirit were revealed to "little children" but hidden from the strong---the wise and the learned [Luke 10.21]. And the Father was pleased to give the Kingdom to the "little flock" who have given up everything for Jesus [Luke 12.32].


For more radically life-changing insights, get our e-books!