Prayer of the Righteous 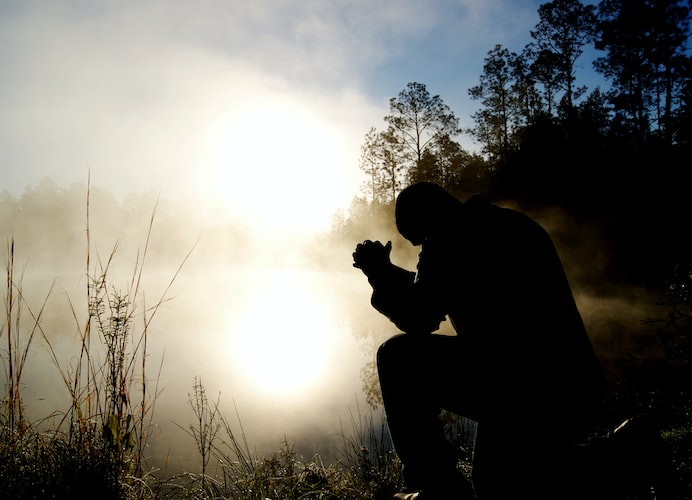 We all know the passage--James 5.16--in the bible. And righteousness is by faith alone, not of good works, religion or anything else. But this is what strikes me. Watch the passage below: [Photo above by Aaron Burden, Unsplash].


16 Therefore confess your sins to each other and pray for each other so that you may be healed. The prayer of a righteous person is powerful and effective.

17 Elijah was a human being, even as we are. He prayed earnestly that it would not rain, and it did not rain on the land for three and a half years. 18 Again he prayed, and the heavens gave rain, and the earth produced its crops.

First, we note "confessing sins" which is vital for righteousness, and then the object of a righteous prayer, which in this context is healing--or the miraculous, in other words. Then to explain further, James cites Elijah as an example, particularly his experience with controlling the weather by God's power. You see all this? I mean, it will be a shame if all we're going to do is use this passage when we need money for our bills, for getting a new job, getting relief from a toothache or funds for our church building.

Yeah, the verse is also good for these things, but never miss what James is pointing out. God especially enables us to be righteous by his grace and offer powerful prayers specifically for awesome signs and wonders and miracles. We should use this provision for these purposes and not limit it to our petty wants and needs.

Imagine causing drought for more than 3 years and then bringing back rain--all at his word. And James stresses that Elijah was just "a human being as we are." It means humans made righteous by God can control nature at a mere word--as God provides that Word and backs it up with his very power. Church does not teach this and is so scared to do so because it understands nothing but its weak and powerless theologies which are irrelevant in the spirit realms.

Elijah heard God utter the Word and he carried it out without hesitance. He challenged the false prophets of Jezebel and mocked them when their gods were not able to deliver--though false prophets were known to have deadly powers, nonetheless. And he called out fire from heaven to burn his offerings--imagine doing that even if Jesus and the Holy Spirit were not indwelling him then.

Today, Jesus and the Holy Spirit indwell a true believer and it would be so easy to duplicate Elijah's supernatural feat as James had hinted. Though Jesus never called down fire from heaven, he nonetheless did awesome supernatural acts and told believers that anyone who has faith in him "will do the same things." Where is this in church today?

Instead of pursuing this (because it is their Lord's Word), church people pursue worthless human theologies and doctrines which make their adherents seem more lost than enlightened.

The prayer of the righteous avails much, and this means availing much for displaying God's supernatural powers. 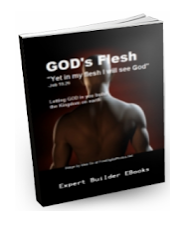 To buy the NEW AND LATEST EDITION of the e-book at a special, lower price (P200), email me at godsfleshblog@gmail.com. The e-book costs P300 plus on other blogs. Get my short emailed insights regularly when you buy the e-book through the email address above. The e-book shares radical insights about church and on genuine spiritual revival you probably haven't heard of.
By Gaerlan CS - December 24, 2019