In the Old But Operating In the New 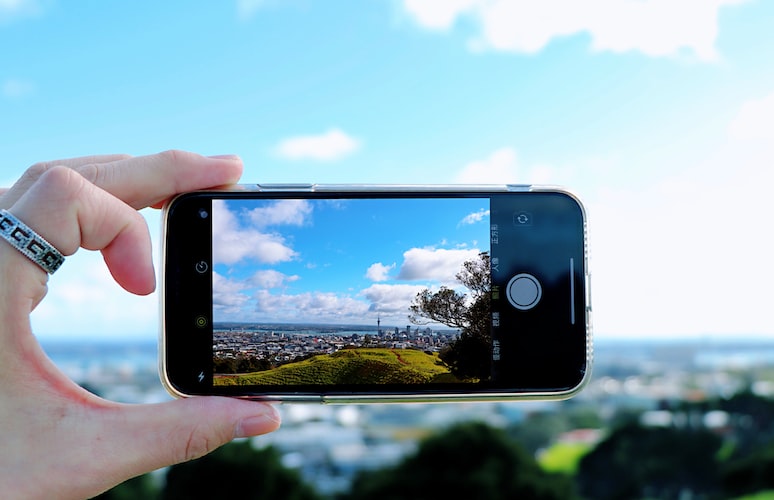 In this world but not of it. Jesus taught this vital Kingdom operation to his disciples to show what life of a true believer is. So followers of Jesus have this peculiar culture even if they're hedged in by other cultures in this world. Paul said there are no more earthly cultures in God's kingdom, no more races. [Photo above from Chaozzy Lin, Unsplash].


Here there is no Gentile or Jew, circumcised or uncircumcised, barbarian, Scythian, slave or free, but Christ is all, and is in all. [Colossians 3]

There's only one life and culture--Christ. Christ is all. The reverse is also true--all is Christ. Therefore, church people who still think in terms of their nationality, race or earthly culture still operate in the system of this world--which is the Babylon system. Some churches have worship services for Americans, another for Koreans, another for Filipinos, etc. and they think it's some kind of accomplishment.

Some churches are heavily influenced by their local cultures or the culture of the denomination's origin. You find lots of American church denominations in the Philippines run as if they were on American soil. What's funnier is how they "Filipinize" things to fit Filipinos. You find no Kingdom culture in them whatsoever. Zero. Others invent their own denominational culture, so they'd be different from other denominations.

There are also folks who insist that Jesus and John the Baptists were Old Testament (OT) figures, therefore operating in the OT system. Perhaps (though I strongly disagree, and I don't care if that's how traditional theology has been presenting it), but Jesus and John--especially Jesus--operated in the John 17.16 system of the Kingdom, which is being in this world but not of this world. They were in the twilight shadows of the OT but they operated in the new move of God.

Even John's water baptism for repentance was a new move of God. Sin in the OT was dealt with by animal sacrifice, not water immersion. The priests washed themselves using water from the huge water basin, called the laver sea, placed just outside the temple, and it was also where animal sacrifices and utensils were washed. But nothing about sinners being immersed in water for repentance.

Though John belonged to the priesthood (his father, Zechariah, was a priest), he didn't look anything like a temple priest. He didn't wear anything resembling priestly garments, ate nothing but locusts and wild honey, and stayed in the wilderness, not in the temple. How can you label him an OT guy? And he operated solely by being led by the Holy Spirit. Priests in the OT operated through the law, particularly the Levitical writings, but John operated through what he saw and heard in the Spirit.

John was a prophet in the order of Elijah, that's why I believe Elijah operated in the new move of God, or the New Testament. He was in the Old Testament but not of it.

Jesus "observed" the feasts and the Passover tradition, but really only used them to highlight the "coming age," or the new move of God. Like in the Feast of Tabernacles, Jesus went there in secret, not really to celebrate it, but to launch his Kingdom ministry.


14 Not until halfway through the festival did Jesus go up to the temple courts and begin to teach. 15 The Jews there were amazed and asked, “How did this man get such learning without having been taught?” [John 7]

He went there to PREACH and introduce the unique wisdom and theology of the Kingdom (a theology, by the way, not learned in seminaries but through supernatural revelations from God). He also showed that he was the fulfillment of the the Law and the Prophets. He was before Abraham and, while Moses was a faithful servant, he proved himself a faithful Son in all of God's house. No wonder he "broke" a lot of traditions and rules, even the Sabbath law. Why? He was in the new move of God. He was the final interpretation of the law--even the whole Word of God.

Hence he said, "It is said that you shall not kill. But I say unto you..." He was bringing in new thinking, a new interpretation, a new revelation. A new life. But in no way did it totally replace the old. Jesus did not come to abolish the Law but to fulfill it. And God's law is eternal. Rather, in Christ, "all things hold together," [Colossians 1.17]. Everything falls into perfect unity, a perfect blend, so that OT and NT wisdoms together become a source of heavenly treasures.


He said to them, "Therefore every teacher of the law who has become a disciple in the kingdom of heaven is like the owner of a house who brings out of his storeroom new treasures as well as old." [Matthew 13.52]

True believers should likewise operate in the John 17.16 principle. We're here but not from here. We are aliens and strangers in this world, yet live here, though temporarily, and even participate in certain earthly activities, though always with much reservations. We have Jesus' culture though find ourselves right in the middle of an opposing earthly culture, and we manage well like our Lord.

Finally, we're both in the Old and New Covenants, being really part of the true spiritual Israel and the body of the Lord, the glorious church of Jesus Christ, without spot or wrinkle or any other blemish. Holy and pure. 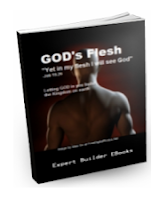 To buy the NEW AND LATEST EDITION of the e-book at a special, lower price (P200), email me at godsfleshblog@gmail.com. The e-book costs P300 plus on other blogs. Get my short emailed insights regularly when you buy the e-book through the email address above. The e-book shares radical insights about church and on genuine spiritual revival you probably haven't heard of.
By Gaerlan CS - January 05, 2020